Yes Virginia There is a Santa Claus: December 19th 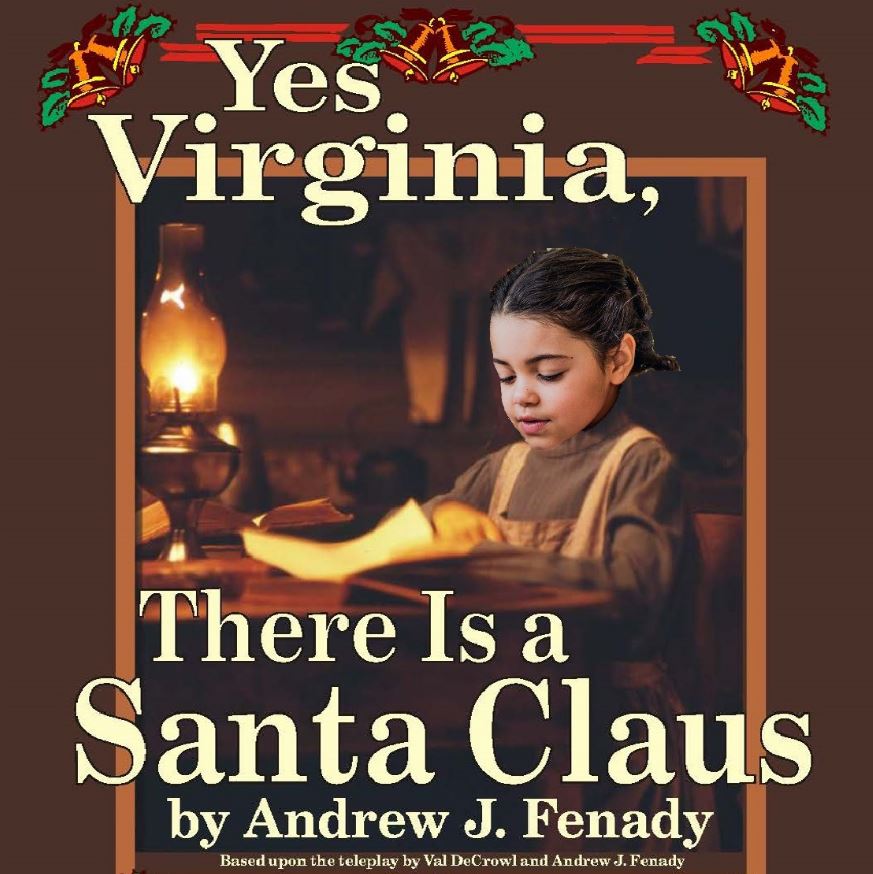 Yes Virginia, There Is a Santa Claus, A Radio Play in Two Acts

Based upon the Teleplay by Val DeCrowl and Andrew J. Fenady

A young girl writes a letter to the editor of the New York Sun. “Dear Editor, I am eight years old. Some of my little friends say there is no Santa Claus. Papa says if you see it in the Sun, it’s so. Please tell me the truth. Is there a Santa Claus?” Ed Mitchell, the editor, assigns Frank Church—a reporter on the verge of self destruction—the task of answering Virginia’s question. Church’s quest and reply have become one of the world’s most quoted and beloved editorials.

The event is free, but Studio Players would be grateful for any Donation to help defray the cost of ongoing maintenance to our 100-year-old building. Performance will take place on this link during the show days.

Produced by special arrangement with THE DRAMATIC PUBLISHING COMPANY of Woodstock, Illinois